Funcom has announced that the company has made a small adjustment to the release date for The Secret World, moving the launch date by two weeks to July 3rd, with Early Access starting June 29th.

The company has also announced a third Beta Weekend, titled 'Hell Raised', which will begin on June 15th and run until June 17th. In this Beta Weekend players will be able to experience the Illuminati and Dragon starter experiences as well as the Templar experience. Players will also get to leave Kingsmouth and venture into the massive region known as Savage Coast, where they will soon find that the very gates of hell itself have opened up. Players will experience the epic 'Hell Raised' dungeon where they will have to battle the demons of hell themselves.

The fourth and final Beta Weekend will begin on June 22nd and run until June 24th. This event will focus on the player vs. player experience in The Secret World, and players will get to sample both the Eldorado battlefield experience as well as the massive warzone gameplay where over a hundred players clash together in persistent battle. 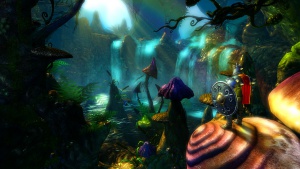